THE CITY OF TRACY HAS HIRED OAKLAND POLICE CPT. SEKOU MILLINGTON AS CHIEF OF POLICE 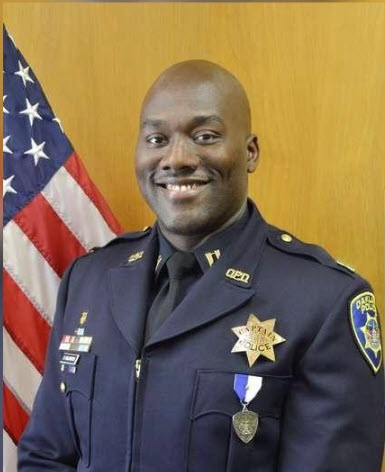 Millington will begin his new role on Jan. 27, at which time interim Chief Alex Neicu will resume his duties as police captain.

Millington was selected after an extensive national search, multiple community forums and a public survey with residents and business owners, according to a statement from the city.

“It is with great enthusiasm that I appoint Mr. Sekou Millington as Tracy’s next Chief of Police,” City Manager Jenny Haruyama said in the statement. “Chief Millington will bring a leadership approach that embodies inclusivity, innovation and community engagement — all of what are integral to 21st century policing.”

Millington spent the past 19 years serving a number of assignments within Oakland, including community policing, narcotics enforcement and as a liaison with the Drug Enforcement Agency, Federal Bureau of Investigation and the U.S. Marshals.

His final assignment with the Oakland Police Department was as commander of the internal affairs division.

Millington is a member of a number of organizations, including the San Francisco Bay Area Chapter of the National Organization of Black Law Enforcement Executives, for which he served as a two-term chapter president.

“I look forward to engaging in all aspects of the Tracy community,” Millington said in the statement. “I intend to build upon the police department’s community policing and engagement efforts through collaboration and the tenets of procedural justice: voice, neutrality, respect and trustworthiness.”